Ovidiu Marinescu, one of the outstanding musicians of his native Romania, was chosen to play at Carnegie Hall for Romanian President Constantinescu on an official visit to the United States. Soon after, he made his debut with the New York Chamber Symphony in Beethoven’s Triple Concerto, followed by recitals in Merkin Hall (New York), Philadelphia, and Los Angeles. After his debut with the National Radio Orchestra of Romania in the Saint-Saens Cello Concerto, which was broadcast live across Romania, he returned several times to perform works by Mozart and Iorgulescu. This season he returns as soloist and conductor in Shostakovich Cello Concerto no. 1, and works by Beethoven and Glinka. Other notable appearances include Haydn’s Cello Concerto in C Major with the Moscow Chamber Orchestra in the Great Hall of the Moscow Conservatory and the Slobodkin Center, Elgar Concerto with Helena and Newark Symphonies, Southeastern Pennsylvania Symphony Orchestra, Shostakovich with the Cleveland Philharmonic, and Mozart Concerto with Orquesta de Extremadura in Spain. His critically acclaimed first recording “Fiesta Latina” was followed by a recording of the complete Miaskovsky cello works with the Russian Philharmonic Orchestra and pianist Kenneth Boulton released by Cambria. His recording of the Bach Cello Suites, released by Navona Records, has received international critical acclaim.

Marinescu has performed at festivals in Luzerne, Bayreuth, Chautauqua, South Bohemia, Orlando and Brasov, the New Hampshire Music Festival, and Magie Barocche in Italy. Active as a chamber musician, between 1995 and 2002 Marinescu was a member of Adirondack Ensemble, a year-around resident group in New York State that performedover 200 concerts, presented school programs and founded Adirondack Music Camp. Currently he is a member of Trio Casals.

A product of the illustrious Romanian National Academy of Music, he won first prize and Music Critics’ Award in the George Dima Cello Competition. In the United States, he studied with Wolfgang Laufer at the University of Wisconsin, and with Orlando Cole, at Temple University. Marinescu has been honored in Romania with invitations to perform with many renowned orchestras including the orchestras of Cluj, Iasi and Brasov. In addition, he has toured with Bucharest Symphony. Mr. Marinescu premiered with Newark Symphony a new work for cello and orchestra, “Anecdote,” by Hilary Tann, and he presented the first performance of “Ostinato” by Liviu Marinescu with “Orchestra 2001” in Philadelphia. Penn Presents featured Marinescu in a multi-media program at the Annenberg Center in Philadelphia, in works for solo cello, film and electronics by four local teams of composers and filmmakers. Marinescu is on faculty at West Chester University.

Equally outstanding as a conductor, Marinescu combines a precise technique with great musical inspiration. He is the Director of the West Chester University Symphony, which under his leadership made a sold out debut at the Kimmel Center in Philadelphia and embarked in its first European tour. Subsequently, the orchestra was invited to participate in the prestigious Catania International Festival in Sicily, Italy. He served as the conductor for the Wilmington Orchestra, the Music Director of the Immaculata Symphony and Manalapan Orchestra in New Jersey, and Principal Conductor of the Goppisberg Festival Orchestra in Switzerland. His guest conducting includes the Russian Philharmonic Orchestra in Moscow, the Bacau, Craiova, Ploiesti, Botosani, and Brasov Philharmonics in Romania, Filarmonica de Gaia in Portugal, and Orquesta de Extremadura in Spain, both as conductor and soloist. Marinescu led the Delaware Chamber Orchestra in its first tour abroad, with performances for the South Bohemia Festival in the Czech Republic. Marinescu has conducted the world premiere of the ballet Helen Keller by The Rebecca David Ballet Company in Philadelphia. He has developed several programs for young audiences, including a narrated version of Lt. Kije by Prokofiev. 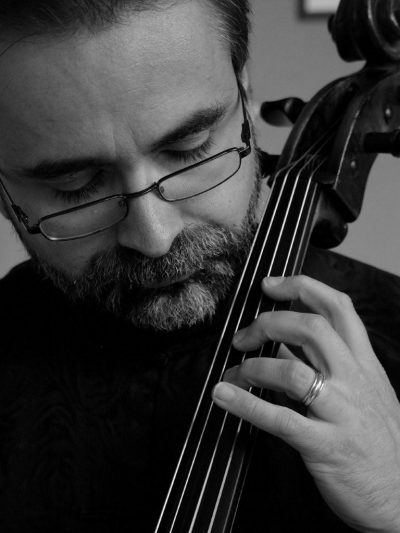